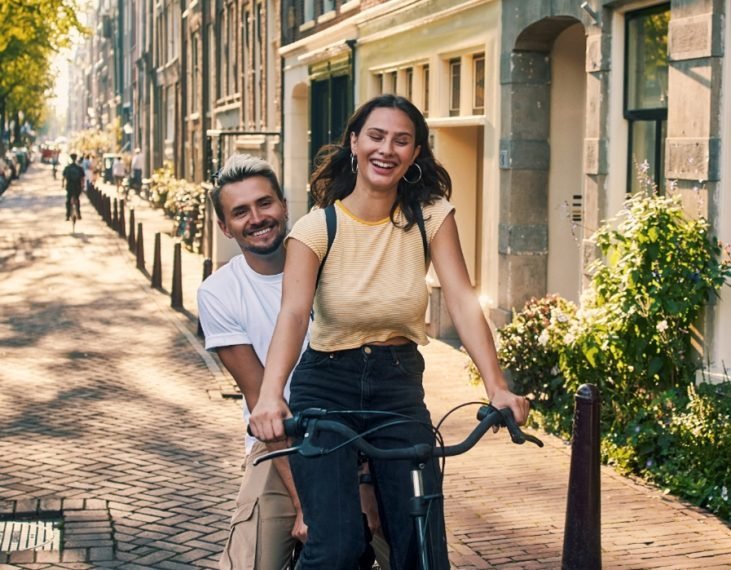 The struggles of youth

Speaking to The Sunday Times, TV host Kirstie Allsopp suggested young people would be able to afford to buy a house if they were to cut out luxuries. The comments sparked outrage with many younger people heading to social media to voice their outrage.

Allsopp said it ‘enrages’ her when people claim that they cannot afford to buy a home. The TV host bought her first home at 21 with help from family, at a time when the average house price sat just above £50,000.

She cited the ease of travel, the daily takeaway coffee, gym subscriptions and Netflix subscriptions as just a few of the excesses enjoyed by younger generations today.

According to Halifax, the average house price now sits at £276,759 (January 2021). With inflation hitting 5% and likely to rise, council tax rises expected from April as well as a 1.25% rise in the National Insurance rate, and the energy price cap also stepping up, you could be led to think her thoughts are out of step with reality. However, there might be more to her baby boomer mindset than the ‘I want it now’ mindset she identifies in younger generations.

Some would argue that the incentive to save is just not there for the younger generations in today’s society, with many of the necessities of today deemed luxuries in a previous generation. Reasonable incomes and low to no interest credit appears to continue to fuel the ‘buy now’ attitude.

Back in the 1970s, according to the Financial Times, the mortgage amount you could borrow would be based on a multiple of 2.5x salary, but today in some cases, could be stretched to 6x. Some 50 years ago, the highest rate of income tax sat at 83%, falling to 60% in 1980 and more than halved by the late 80’s at 40%. Interest rates in 1979 sat at 17% – putting mortgage interest rates for that year at 15%. It wasn’t until the 1960s that credit cards and the availability of credit became the norm. High ticket purchases such as cars couldn’t be leased – PCP didn’t exist, and big deposits and hire purchase were the expectation.

Skipping out a coffee or two is unlikely to get you the keys to your dream home, but perhaps, in sentiment at least, Allsopp isn’t too far off the money.

On to the next generation

Our first post lockdown Next Generation Workshop is just a couple of months around the corner. The workshops provide the opportunity for clients to invite their children, grandchildren or other younger beneficiaries to a workshop designed to inform on how they might ‘inherit well’ – we discuss the importance of Financial Planning, approaches to budgeting, and even how to ensure you can still access precious digital accounts and memories once a loved one is no longer with us.

In a report on transferring wealth from one generation to the next, Family Building Society and Resolution Foundation discovered that out of the 8,700 adults surveyed, just 12% would seek advice from a Financial Planner when considering doing so, and over 50% had no plan in place whatsoever. Those with a Plan in place were found to be saving an average of 16% more than those without.

A mentor and friend of the Penguin Business was quoted in Financial Times Adviser on the topic, stating…

“There are three reasons why so few people sought advice; one, they don’t know where to get advice. Two, they have to pay for advice now, and no-one likes paying. Three, they don’t understand the complexity of their decisions.”

There are many tax implications and potential impacts of transferring wealth, and therefore seeking the right advice to ensure as much as possible passes to those we intend, is vital.

On Inheritance Tax Planning, the report found 17% of those expecting to pay the Tax had done nothing to plan for it and only 4% gave a gift or larger gift to offset the impact of Inheritance Tax.

Solicitor and ‘Will specialist’ Daniel Curnock was recently branded “Reckless and quite possibly dishonest” by Mr Justice Michael Green. Mr Curnock was judged to have given ‘untruthful evidence’ which could lead to ‘serious consequences’ for him.

The case, Reeves v Drew & Ors, centred around the preparation of a Will in 2014 for Mr Curnock’s  client’s £100m fortune. Louise Reeves, also a client of Mr Curnock, received 80% of the deceased’s estate and her half-sister received the remaining 20%. However, several family members opposed the probate grant on the grounds of it being the result of ‘undue influence’.

In 2012 a Will had been prepared splitting the estate more equally. The change in 2014, it was agreed, was a ‘dramatic change’ between the two Wills.

Judge, Mr Justice Michael Green, found the method of creation of the 2014 Will particularly strange. It was found that Curnock had agreed a fixed fee with Mr Reeves that, despite his wealth, was billed at £140+ VAT with the prerequisite that it would not provide a ‘first class service’. Mr Curnock was quoted in court comparing his level of service to Mr Reeves as “akin to the quality of clothes at Primark”.

The solicitor had annotated deletions and amendments directly on the original signed Will first executed in 2012 whilst it was still valid – a move the judge found “extraordinary” but Mr Curnock had no explanation for.

The hearing went on to analyse a series of text messages between Louise Reeves and Mr Curnock, revealing their relationship to be far more than either had stated, with a strong “familiarity” between the two around the time of the 2014 drafting.

Concluding, the judge ruled the claimant had not proved that the deceased knew of the change and had approved the contents of the 2014 Will, and that the 2012 Will was ruled to be valid. Mr Curnock continues to practice.

Perhaps a cautionary tale to choose your counsel wisely.

As March approached, mortgage provider Nationwide reported further growth in UK house prices – growth at its highest pace since 2004. The 18 year high of growth pace (now at 14.3% from 12.6% in February) is largely attributed to a strong labour market combined with low mortgage rates.

Nationwide also pointed out in their data that earnings have not grown in line with the house price rises and the price-to-earnings ratio sits at an all-time high for Q1 of 2022, likely to be a particular concern for first-time buyers looking to get into the market.

Our Mortgage Team are always on hand to support you and answer any queries you have.

As we enter the new tax year, the message on allowances remains the same – use it or lose it! However, please don’t wait until the end of the Tax year, as many people do, as you miss out on a years’ worth of potential Tax Free growth.

We recommend using your Pension and ISA allowances early in the tax year instead of waiting until this time next year. If you have the capital sat around in the meantime then get it working for you now, with the tax relief invested as well if you are making a Pension contribution.

Speak with our Advice Team to see how you might make the most of your allowances in the new tax year. If you haven’t, do watch the tax webinar covering all this, and more about how to be tax smart – Tax Webinar

On Wednesday 23rd March, Rishi Sunak delivered his Spring Statement to the house of commons.

The statement might not have brought comfort to those feeling most hit by the cost-of-living increases as inflation hit a 30 year high at 6.2% in February. Instead, it acknowledged the impacts of the war in Ukraine and the hangover of Covid related spending as it focused on a handful of pre-election giveaways.

The Financial Times was particularly critical of the announcements, summing up the intentions of the treasury in the spring statement;

“The decision(s) revealed Sunak’s political choices. Unexpected price rises bring in a huge windfall of extra tax revenues by stealth and he chose to return just a little to the public in the most eye-catching ways possible. Households, public services, graduates and companies are the losers with the chancellor hoping he will gain a big political pay-off from a tax cut which will not offset the higher taxes paid. Highlighting the dividend he wants to achieve.”

Effectively, they claim the statement contains a series of smoke and mirrors hiding the real pains of many household incomes not matching up to increasing living costs. One example of this is the rise in the threshold for paying national insurance contributions of which the extra tax paid from freezing income tax thresholds for four years more than offsets.

On the surface of it cuts have been made, but look into the detail and you might be led to conclude stealth taxes are at work. Here are the surface headlines (without the mention of the stealth costs!) for you to digest:

On a personal level:

Including a charity in a Will is a positive, empowering decision we can make as part of our Estate Planning – It can also be a smart Inheritance Tax planning move. A recent survey conducted by research group OKO found close to 1 in 5 of us intend to make a legacy gift to charity in our Will, that’s a rise from 14% in 2013 to 19%.

Despite the increase in Legacy Gifting to charities, barriers still exist. Whilst the concept of doing so surely applies to the public, the majority of people will naturally look to gift to family and friends as a first step. Perhaps believing their assets are not sufficient enough to stretch beyond this and perhaps not understanding that doing so could bring a tax advantage.

From the 2,000 over 40s OKO surveyed they found most of the Legacy Gifting to charity was from those who actively seek Professional Advice from a Financial Planner, Solicitor, or Accountant with regards to their Estate planning.

Charities have seen their fundraising efforts thwarted by the pandemic over the last two years, with large public gatherings on-hold and many sporting events cancelled, several traditional fundraising routes were off the table. For many charities it has been legacy gifting that has seen them through this particularly challenging time. Legacy gifting now sits as the largest source of voluntary income to UK charities, worth £3.4bn annually.

Considering leaving a charitable legacy? Talk to our Legal Team, Simpson Solicitors Cardiff, to see how you might make the most of your gifting.