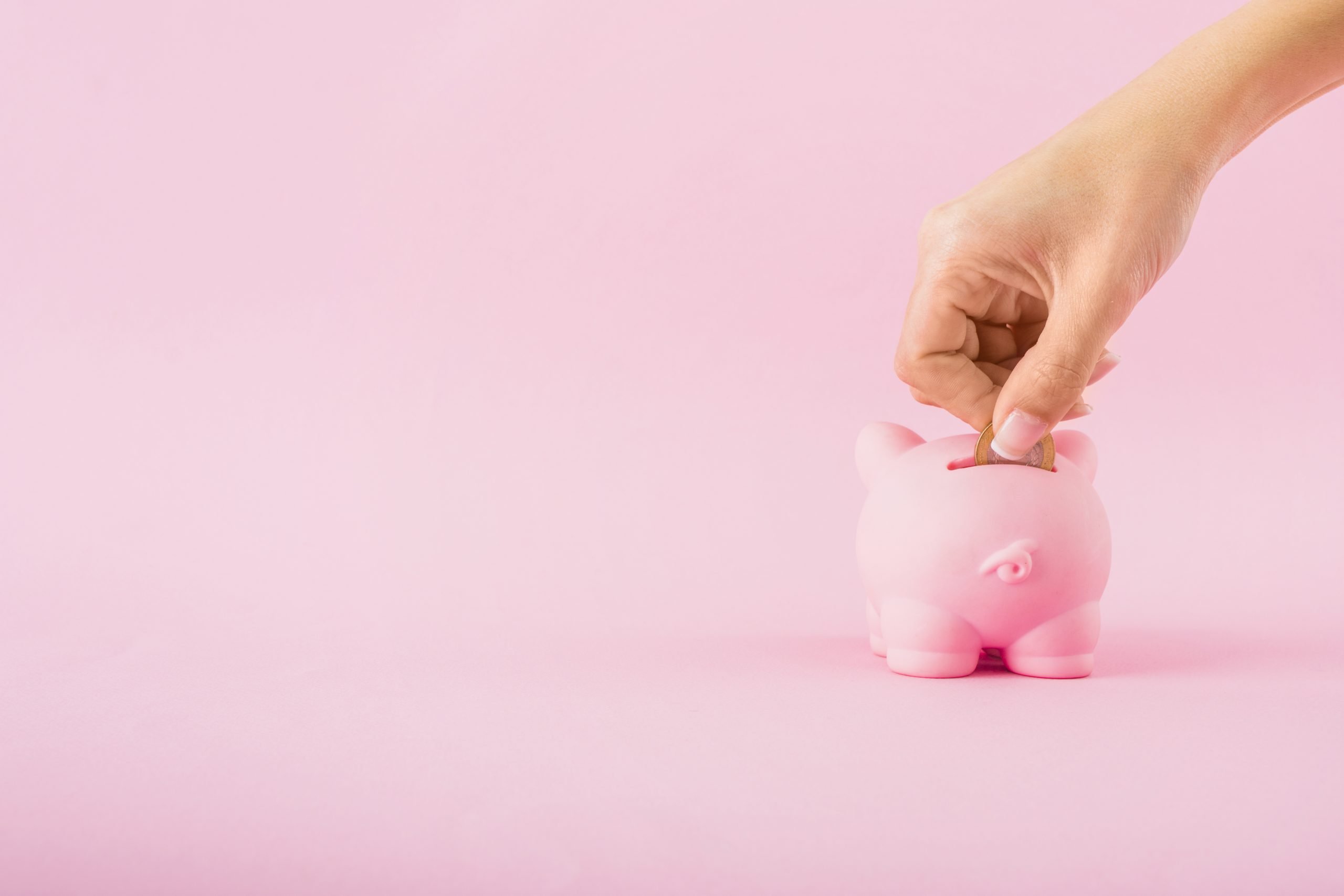 With the financial burden of Christmas behind us, your savings pots could probably benefit from a little boost. Having savings and investments is not only good for the wallet but also good for the mind. The feeling that you have a financial cushion can really put your mind at ease.

Some basic tips and tricks listed below may help you or your family get into the habit of saving the pennies to make the pounds.

Get the best rates – most cash savings are earning next to nothing but that doesn’t mean there aren’t competitive rates out there that are worth looking into. We list the top cash ISAs every month in the Wealth Management Update as a reference for you. If you want to save for the longer term, don’t forget to consider adding to or starting investments as a way to get potentially much larger growth on your savings.

Save without noticing – you may have heard of apps that work with your bank or provide an account that will round up your spending and put the rounded-up amounts to one side as savings. This may seem like slow progress but, over time, this is a way to build up a small sum without even feeling the pinch. Many banks, including digital-only banks such as Monzo and Starling, can do this for anyone who is interested.

Use a jar – this back-to-basics approach can really work and is great for those who are self-confessed technophobes! Every day or week put your spare change in the jar – or even just save all your £2 coins or 50p coins, whatever works for you. Seeing the money in the jar build just by setting aside spare change can be quite motivating. You must deal in cash for this approach though, so if you trade in plastic cards alone then sadly it won’t work.

Set a goal and a target – why are you saving and how much do you need? Once you know this, make your target reasonable and achievable as well as relevant to your situation; if you can afford to save more, then do it. As a simple example, you may spend £10 per person on a takeaway per week, if you save this money instead it equals £520 per year. If you have a family of four this could equate to £2,080 per year, all saved by cutting back or cutting out one weekly habit.

Do a finances health check – do you know where all your money goes each month? Sometimes it can feel like it just disappears. Combing through your outgoings may reveal unused subscriptions that are eating into your finances or bills where you may be paying more than the going rate. It may feel hard to find the time to do this but the financial reward could be great. Once you work out where you may have been overpaying, make sure that the extra you identify goes into your savings account and doesn’t get swallowed up by your everyday spending.

In the last month of 2019 house prices achieved an annual increase of 1%, meaning slow overall price growth for the whole of the previous year.

This is good news for first-time buyers, so if your children or grandchildren are looking to get on the property ladder now is as good a time as any. However, this assumes they can get together the deposit they need; finding a deposit remains one of the biggest challenges for first-time buyers – enter the bank of mum and dad (or Nan and granddad).

Watch our video about The Bank Of Mum and Dad here

With so much political and economic uncertainty throughout the last year (or two or three), to see any growth means things are surprisingly stable, albeit with much more caution than usual from sellers and buyers. With the election outcome decided and Brexit on the horizon it is forecast that growth may accelerate in 2020, or at least start in a positive position. Potentially bad news for first-time buyers as their deposit goals will increase but, for those already in the market who want to sell, perhaps there is more reason to rejoice.

However, with Brexit still on people’s minds it is difficult to predict how and when the property markets, along with the rest of the economy, will be affected.

Travelex took its platform offline on 2nd January in an attempt to protect its sensitive data from a cyber-attack on New Year’s Eve. At the time of writing it is not known when or if the platform will be back online.

Many banks, such as Sainsbury’s Bank, Barclays, Virgin Money and HSBC, depend on the Travelex platform to provide online travel money services, which are currently unavailable to customers.

The extent of the data breach and the effects of the attack won’t be known until the incident is investigated in full, but if you were planning on jetting off any time soon it might be wise to look elsewhere for your currency.

A top tip when signing legal documents, such as letters of wishes, solicitor’s paperwork, etc., is to not abbreviate the year 2020.

This may never cause any issues but it’s better to be safe than sorry!

Andrew Bailey, the current chief executive of the Financial Conduct Authority is due to become the new Bank of England Governor on 16th March this year.

With over 30 years’ experience at the Bank of England he was a strong candidate and widely considered to be the right person to take over from the current Governor, Mark Carney.

For those who would like a reminder of what the Bank of England does:

Although not officially confirmed, Bailey is expected to re-introduce an

element of quantitative easing as well as keeping interest rates at their current level of 0.75%, with low growth forecast for 2020 going into the new year. Unfortunately, this is bad news for those who may have large amounts on deposit in banks and building societies as these will be earning less than 1% for the foreseeable future. With inflation currently hovering around 1.5% this means that savings in the banks are losing money in real terms.

However, this could be good news for investments over the next year or so. Many people are turning to investments in an attempt to achieve growth on their savings, which pushes the markets upwards and escalates investment growth. A word of caution though: with investments we can never make promises, we can only speculate!

You may have seen in last month’s Wealth Management Update that we discussed a remedy for the NHS pension issue that results in many top earners being penalised because of the tapered annual allowance. This is not the only issue surrounding pensions, with lower earners in other industries also potentially missing out on tax relief over the course of their working lives if they are part of certain schemes. Basically, a review of pensions is long overdue!

The Conservatives promised to act fast on these issues if they won a majority in the recent election and, now that has happened, there are calls for them to deliver on their promises. The interim measures, or “sticking plasters” as  they are being referred to, are not enough and do not solve any of the ongoing and complex issues.

Hopefully the Conservatives will keep their promises and bring reform and continuity to pensions that will see many of the difficulties with which people are struggling resolved; it would be a shame for this to be shelved again in favour of what are considered bigger issues.

Boris Johnson’s Brexit deal finally passed through the final stage in Parliament, thanks in part to the large majority the Conservatives now hold in the House of Commons. The agreement has now been passed to the House of Lords, who are expected to debate it at length and request a couple of changes relating to provisions for child refugees and the role of Parliament in the upcoming trade talks.

However, the Northern Ireland border could still prove to be troublesome for our PM. HMRC have advised that it could take up to five years to put the infrastructure in place to manage the border, but planning for this can’t happen until trade talks have been finalised. This timeline is a lot longer than the one-year transition period promised.