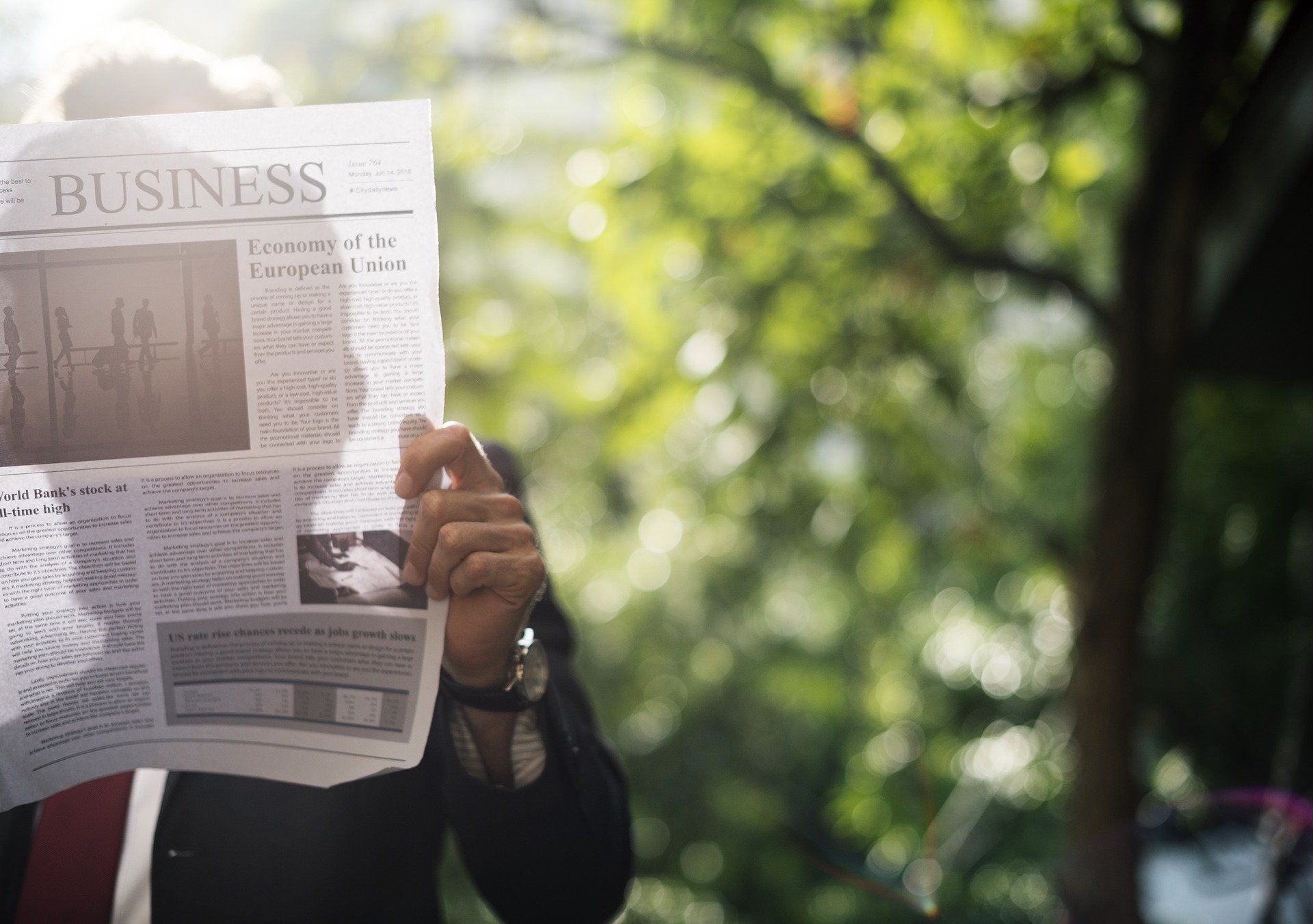 As many of you may have experienced if we have helped you transfer your pensions, the waiting time for providers to release funds is bordering on the realms of ridiculous.

Recently, providers have been named and shamed in the media for the length of time it takes from a client requesting a pension transfer to their funds actually being received. It is far too long, and in some cases the arduous process even puts clients off wanting to transfer!

There are many reasons why pension transfers may be delayed, some of which are perfectly reasonable, but there are others which are just plain absurd. And it isn’t only pensions – switching any account has its difficulties. The problem is that each provider, and each department within the provider, requires different paperwork and has different requirements in order to action a transfer. With no standardised approach it is more difficult for businesses such as us, and individuals such as you, to make sure that everything the provider needs is gathered, especially when providers are not forthcoming about their requirements.

If you are going through, or have been through, a similar transfer process then you can relate to the predicament. Hopefully providers will start to realise the effect this can have on their customers and do something to make this process simpler and more efficient. In the meantime we will always do everything we can to make sure transfers go through as quickly as possible for you.

Prices in the shops rose for the first time in 5 years, breaking a 63-month run of decreasing prices. And what was to blame? The heatwave. This heatwave has a lot to answer for, and in this case it pushed up the cost of fruit and vegetables.

Overall, shop prices increased by only 0.1% in August, but this meant they entered inflationary territory for the first time since April 2013, and saw food inflation at a seven-month high of 1.9%.

What does this mean? Basically things are starting to get more expensive. Of course, we expected this for a whole host of reasons, including Brexit, but it has yet to come to fruition and so we may face a bit of a shock if these rises continue over the coming months and years.

The inflationary pressures faced by shops have so far been kept to a minimum for consumers, with stores absorbing a lot of the increases. However, pressure will continue to mount and substantial increases in costs are likely if the Brexit negotiations do not go to plan.

As of 28 August, Nottingham Building Society have a cash Lifetime ISA (LISA) available. They are one of only two providers offering a cash version.

This account can be opened with just £10 but you must go into branch to actually open the account; however, an online version should be available by the end of this year.

To recap, a LISA allows those aged between 18 and 50 to save up to £4,000 a year towards a pension or a first home tax free, with the promise of a 25% government bonus capped at £1,000 a year. However, withdrawal for any other purpose will trigger a 25% exit penalty levied by the government.

Whilst LISAs have received some negative press they do have their benefits and a cash version would be suitable for someone with a very cautious attitude to risk or who needed to utilise the funds in a short period.

Whilst we would suggest that you speak to us before you decide what type of investment to put in place, it is good to know that more LISA options are coming to the marketplace for those where stocks and shares LISAs may not be appropriate.

Will you get the interest rate rise?

As we are sure you are all aware, there was an interest rate rise last month. For borrowers that is not good news, but for savers it is … or is it?

Nationwide were one of the first building societies to declare that their savers will not receive the full interest rate rise. Whilst tracker mortgages and loans on variable rates will see an increase in interest payments of 0.25%, interest on cash savings in the bank will only increase by 0.10%! So where is the other 0.15% going?

This move is likely to be replicated by many other high street banks in an attempt to increase their profit margins and seemingly disadvantage their customers. We should not really be surprised, as the same situation occurred when the rates last increased. Many of the larger providers applied a nil increase, with only the smaller providers looking after their clients and applying the highest increase for their customers. Maybe smaller companies are the way to go in the future.

We are forever hopeful that the banks and building societies will put their customers first but I am sure we will see a repeat of our outrage at the next rate rise.

One year countdown for PPI

It was one of the biggest financial scandals that has resulted in £31.9 billion worth of compensation being paid out, with an estimated £10 billion yet to be paid.

Whilst not all policies were mis-sold, they were pushed on consumers who may not have wanted or actually even needed them.

Not all of the PPI will have been visible either, but will have been hidden within repayments, so it is worth looking into. Some people have agreed to have it investigated just to stop the incessant calls (!), only to find that they are actually due thousands of pounds in repayments without ever having known that they had been charged in the first place.

Obviously, you should remain vigilant for those companies that may be out to take advantage of you, but maybe don’t write off those PPI callers that do get in touch, especially if they are willing to look into it for you free of charge.

The deadline for a claim is 29 August 2019, so if you think you may be owed, don’t leave it to the last minute to find out. Nothing ventured, nothing gained.

It has been increasingly reported that, as a nation, we are increasingly reliant on credit rather than the money we have in the bank. Now, some debt can be considered “good debt” when interest rates are super low and you have money in the bank ready to repay the debt if you need to.

Wonga is not good debt! Whether or not you have ever had to borrow from Wonga (hopefully not), you will no doubt be aware of them and their reputation for irresponsible lending. They regularly lend to those who they know cannot afford to repay the debt, and so the debt grows larger and larger. They were even found guilty of sending letters to customers who hadn’t repaid, posing as a solicitor and threatening legal action, and charging the client £9 per letter they sent. It is safe to say they have never been considered the most moral of companies!

In 2014 they did try to change things around; they wrote off £220 million worth of debt from 330,000 customers and brought in a new management team. It would seem that this, along with a £10 million cash injection a few weeks ago, was not enough to save them and they have gone into administration. Hopefully this is the beginning of the end for payday loans and the like, with consumers and regulators waking up to how much this “bad debt” can affect the economy.

I’m not sure many will be queuing up to give Wonga a loan, at least not one with anything less than 3,000% interest!

The milestone of the European Union (Withdrawal) Act 2018 passing into Law, which we reached in June, is the last official progress point on the issue of Brexit. The plethora of commentary broadcast in the media is another round of speculation, this time with the aim of apparently either ousting the Prime Minister from her seat as Conservative party leader or to construe the “No-Deal” assessments as such dire outcomes that a further referendum is necessitated.

We are not convinced by these positions so have not started stockpiling canned goods and medications just yet. However, we are seeing the big firms that we use in our industry, as well as most of the domestic firms in which we invest, making more solid “worse case scenario” plans. To be fair, if any firm associated with the EU has not at this point considered the impact on their business then they really are not the type of firm we want to be investing in; after all, diligence is the mother of good fortune!

The next big date for the Brexit diary is October when we expect to hear what the final deal consists of before it heads to Parliament and the European Commission to be voted on. We will keep you posted if anything is likely to impact you in the meantime.

The Death of Truth by Michiko Kakutani is a splendid little book that will really make you think about the information you receive from the media, politicians and social media.

The book explains the growth of popularism and how it has been developed by changing opinion for fact, and yet packaging opinion as fact.

Reading this excellent book will give anyone a much deeper understanding of some of the dangers that the world is facing, but alas with few ideas for their solution.