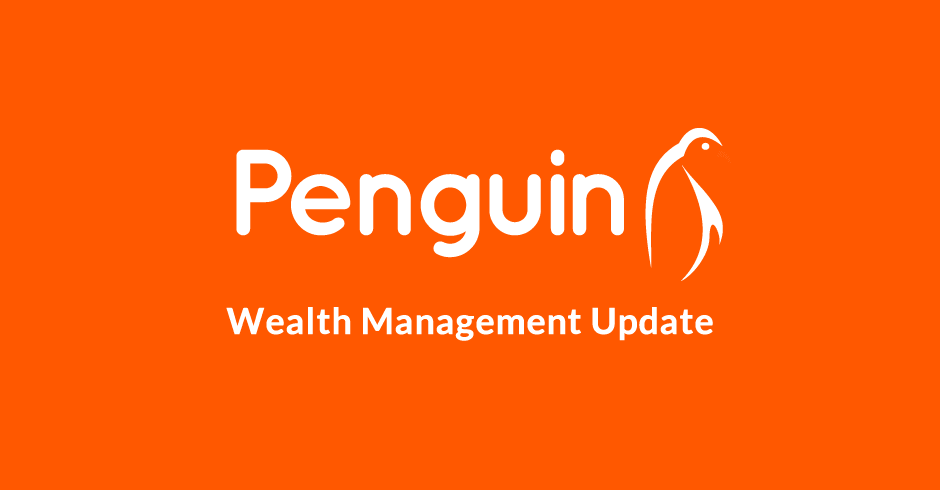 On 20th November, Channel 4 broadcast a great programme: Dispatches: How to avoid the Dementia Tax? The programme looked at Long Term Care (LTC) – the fairness of the current system and the problems surrounding financial advice on this subject.

They visited a care home where they found that some residents paid in full for their own care from savings built up throughout their working life, whereas, in the room next door, another resident received financial help from both the NHS and local government for the same care, with only a small portion of the costs being met from their personal pension fund. A clear inconsistency in how the fees for LTC are met.

There is a benefit that could help, called NHS continuing healthcare. Haven’t heard of it? Not many people have, as it’s not well publicised. But financial aid like this could mean the difference between having to sell your family home or keeping it in the family.

The process is rife with pitfalls, confusion and miscommunication, as the programme made clear.

The programme looked at those financial advisers who go to people’s homes and promise that, by putting their property into trust, their home will never be at risk to LTC.

The rules surrounding protection of your assets for the purpose of avoiding LTC are very strict but also very inconsistent. In many situations, especially if you are unwell and expecting to have to go into care in the future, any attempt to protect assets from LTC would be considered ‘deliberate deprivation’ and the assets would still be considered in your assessment for LTC funding. Each local authority has the final decision on what is considered ‘deliberate deprivation’ and so there are no coherent national guidelines on this, playing almost a postcode lottery with your LTC decisions.

Many of you have trusts in place with us where, on both first and second deaths, we suggest placing assets into trust, which will normally be made up from a portion of your largest asset, your home. Rest assured that this arrangement could not be considered ‘deliberate deprivation’ as the assets are going into trust on death rather than during your lifetime. However, dependent on the type of trust arrangement you have in place, there could be some benefit following first death that would protect against LTC fees.

If one of you went into care and the other remained living in the family home, the local authority could not access your property to pay for LTC.

The programme is definitely worth watching, but if you need further advice on the subject please get in touch.

In the 2016/17 tax year the government received a whopping £4.9billion from Inheritance Tax (IHT)! The current tax year, 2017/18, is set to see the highest ever income from IHT, which is already 22% higher than last year.

With the government receiving so much income from our deaths you can see why it doesn’t want to increase the Nil Rate Band (NRB) from the current level of £325,000 per person – a level it has been at since 2009! And yes, the Residential Nil Rate Band (RNRB) has been introduced, but that does not apply to everyone, is surrounded by restrictions and red tape, and will reach its maximum of £175,000 only in 2020.

With the current situation there is an argument that the overly complex, confusing and unnecessary RNRB should be scrapped and the NRB should be increased to £500,000 per person. How likely is that? Sadly, very unlikely indeed.

Many of you already have arrangements in place with us that will prevent you from paying excess IHT, but if you don’t or if you know someone who needs our help then please get in touch.

Philip Hammond was expected to deliver a boring budget, never really letting his personality shine through his spreadsheets. But he actually had his colleagues laughing and joking throughout the Budget announcement. Maybe not as boring as he would have us believe?

So what was announced?

This is just a basic overview, but the Chancellor emphasised that growth has slowed and he has lengthened the time to reach his goals of reducing the country’s deficit, prolonging what is considered the ‘age of austerity’. He was measured in his responses and condemned those who supported a ‘quick fix’ to the deficit problem, preferring to reduce the country’s debt slowly and over a longer period to create more stability and sustainability. All in all not a bad budget, but no real surprises in there either.

If you can’t beat them, switch them

There has always been a certain “brand loyalty” towards a bank or building society. People used to bank with the same institution because “their parents banked with them for their whole lives and never had any problems”.  We no longer live in the age where you go into your local high street bank and are greeted by name, so why are we still so loyal?

It makes no logical sense really but, despite that, the number of people switching their current account has fallen to a new low, even though there are banks and building societies out there that are willing to reward you financially, in some cases giving you up to £300 just to move your account. After a two-year review it was discovered that the average person could save up to £92 per year, and that does not take into account the upfront financial incentive mentioned earlier. And it can be so easy to do.

The seven-day switching service, introduced back in 2013, means that your account can be transferred in just one week, with the banks and building societies doing the bulk of the work. If you are loyal to your current bank, maybe ask yourself why? What do they do for you that makes them so special? If the answer is nothing, then switching is definitely worth considering.

How does seven-day switching work?

You can find further information at: https://www.currentaccountswitch.co.uk/howtoswitch/Pages/How.aspx

Is your financial adviser qualified?

Not something you have ever considered? Well, maybe it should be.

An increasing number of reports suggest that more and more financial advisers could be misleading the public by listing false qualifications on the internet.  The concern is that if the information available on companies’ websites and through other online sources such as comparison sites cannot be trusted, then how can consumers make informed decisions?

Which? recommends that consumers should carry out their own independent checks by contacting a company directly to enquire about the qualifications of their advisers and the status of the company. Meetings with financial advisers should be face to face wherever possible.

We think the message here is that we shouldn’t believe everything we read online because, even if you are not being intentionally misled, information can become out of date or irrelevant very quickly and we cannot possibly know when and how often online information is updated.

Many of you are existing customers or clients of ours and we can assure you that our advisers are all fully qualified through the appropriate institutes, and the majority of our staff are currently earning qualifications for knowledge and learning purposes to help you better.

If you are not one of our clients, or have a combination of financial advisers, make sure anyone offering you financial advice has the appropriate qualifications so that you are not misled about the nature of their advice. 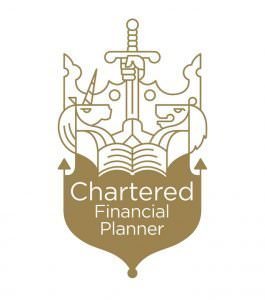 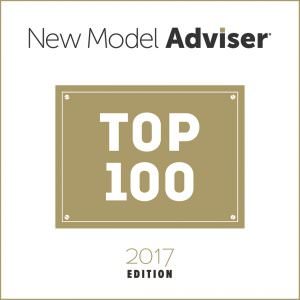 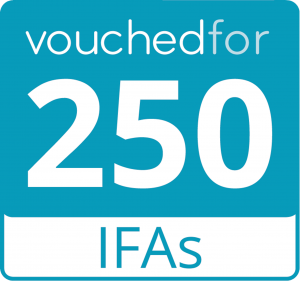 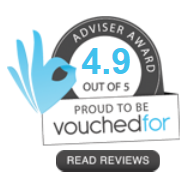 Was there an interest rate rise?

The highly anticipated interest rate rise from the Bank of England turned out to be a bit of an anti-climax, with a meagre 0.25% increase to 0.5%. Anything to be worried about?

It may be a small increase, but is this framing what is to come in the future? This marks the start of the first rise in borrowing costs for a decade and could be the first of many rate rises that, when combined, will make a significant difference to households.

This move was the cue for lenders to start increasing their interest rates, with many of them increasing rates by 0.25% and more. So, if you have a variable rate on your mortgage, now might be the time to look at your circumstances to see if you can deal with any unexpected rise in costs if interest rates were to increase again in the near future.

It’s not all bad. If you have a large sum on deposit in the bank you will more than likely receive the 0.25% extra interest on this … eventually. Banks and building societies are very quick to increase the interest to be paid to them on loans and mortgages immediately but, funnily enough, aren’t so quick to pass the interest rate rise on to the consumer through their savings accounts.

The recent rate rise and the promise of more rises next year should be a trigger to reassess your financial position and make sure you are in the best possible place when the rises do come into effect.

Whilst last month we seemed to be in a deadlock about the so-called “Divorce Bill”, we now appear to be in a very public number-slinging match between the UK government and the EU. Having upped the UK’s offer to €40bn this week, the EU, whilst hesitantly reassured, are asking us to state that this is not a final offer but a point from which we can discuss other financial commitments before heading back to the negotiating room; essentially saying that if we are not open to negotiate the figure, then neither are they. Is this great diplomacy? Not really, but it is excellent news fodder …

No substantial advancements were made in the day-and-a-half-long November talks, with the financial settlement, citizens’ rights and Northern Irish border issues still needing to be settled before we can move forward to the next phase. Although we now have the additional concern of an unsettled German political landscape; this gives more clout to Paris during the talks and the French are less pleased with the current content and pace of negotiations. Hopefully Angela Merkel will be able to form a government soon.

Back at home Brexit is beginning to bite, with downgraded forecasts for the economy all round and £3bn put aside already in this budget alone, which could have been used elsewhere (maybe in the NHS, Boris?) Who knows how much extra will be needed to restructure an independent UK. Two major regulatory bodies have announced their relocation from London to mainland Europe, and we would expect many of the associated companies to follow suit in the coming months, but we will have to wait and see if this is the beginning of a major exodus from the city.

As it’s Christmas, this month’s book is a novel.

The Gift by Cecelia Ahern is an easy read with a simple message. No matter how hard you work or how much money you earn, nothing is more valuable than time. The main character of the book learns the hard way that time is precious.

As families come together over the next month or so, we should all take a minute to appreciate the time we spend together, whoever that may be with, and create great memories.